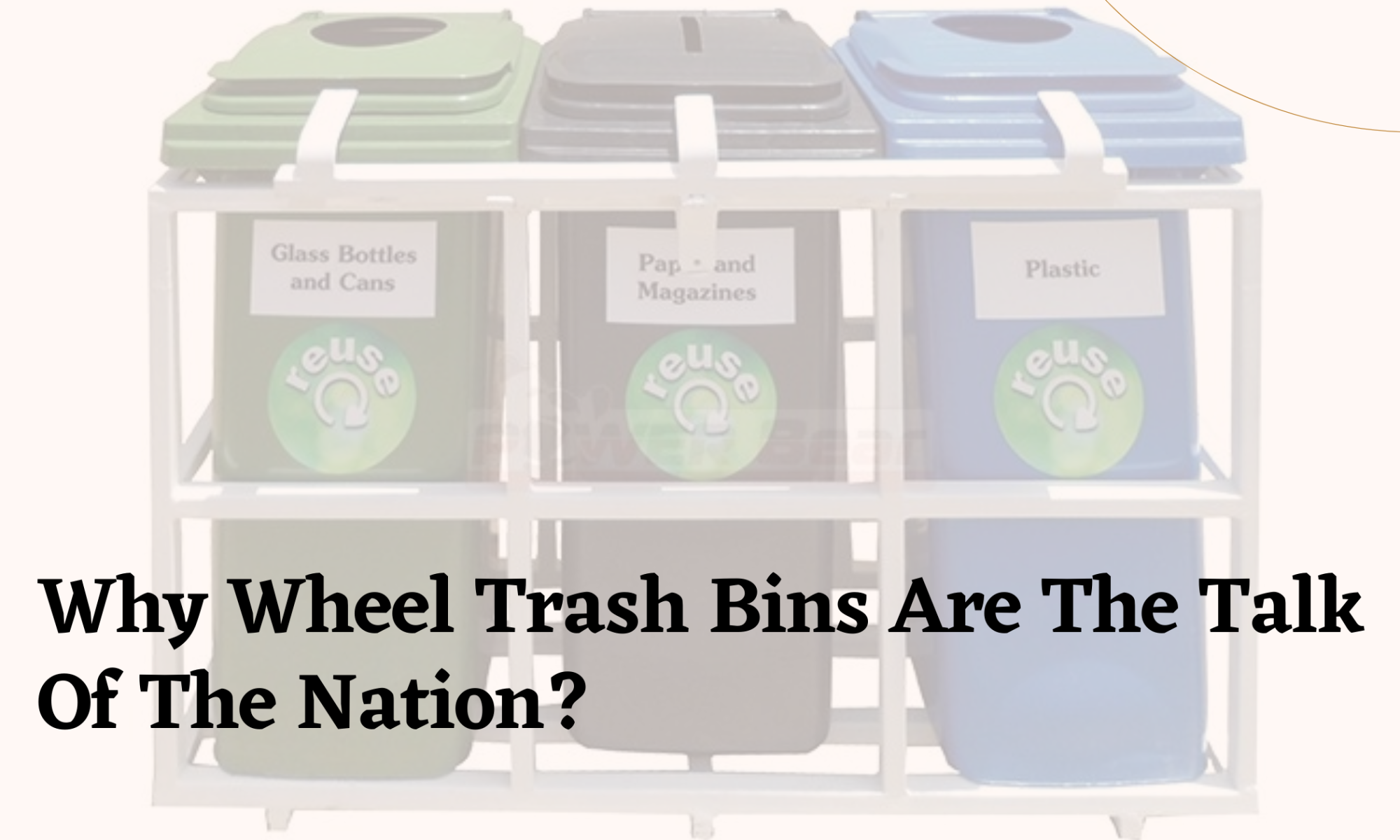 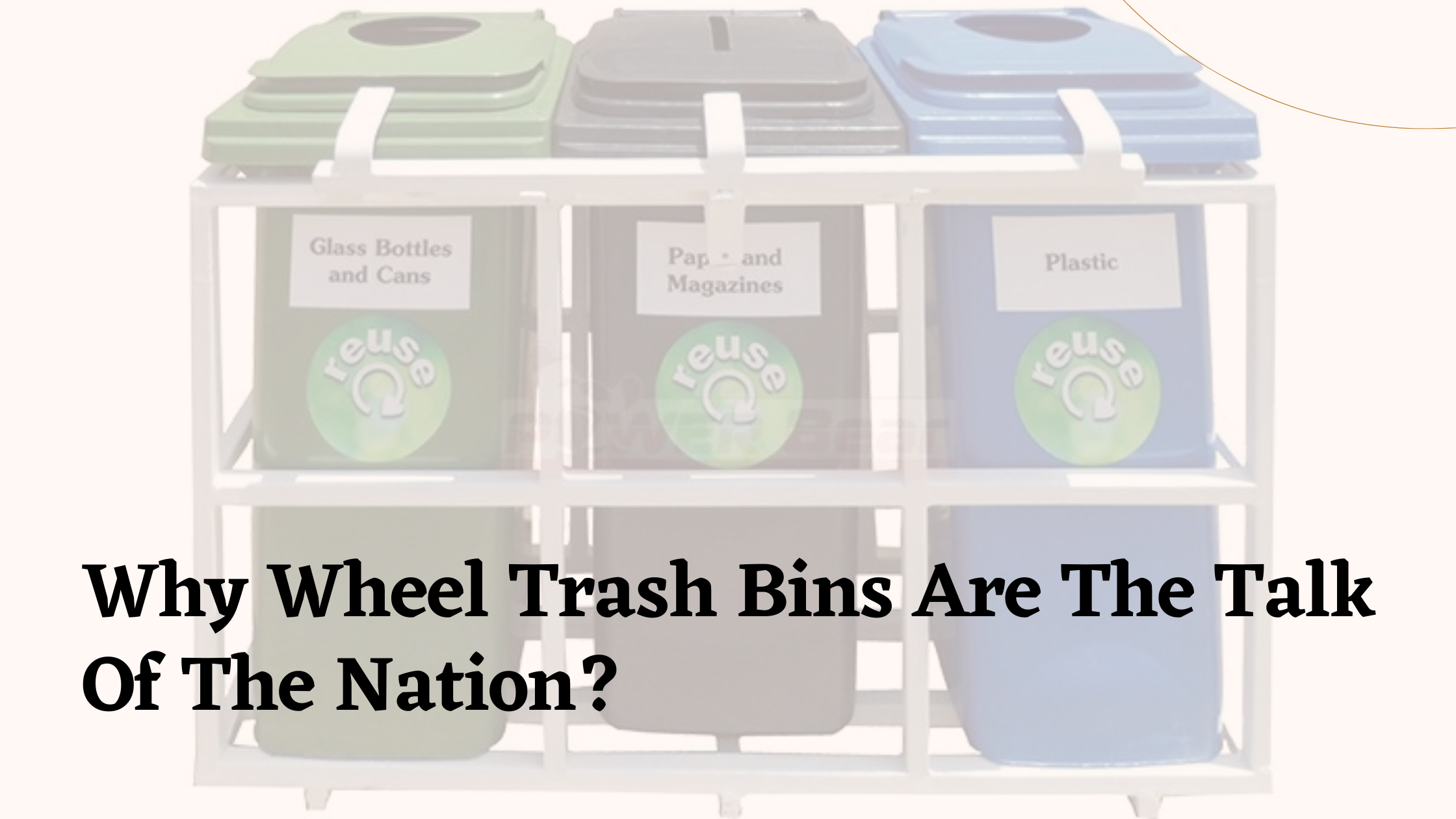 Until recently, the dustbin was seen as one of those items that might be hidden from view. It may have been hidden behind closed doors, behind tables, or outside the home. However, now that design solutions are available on the market, the way people view rubbish bins has completely changed.

Traditional garbage disposal methods are an eyesore for everyone, and controlling them is a hassle in and of itself. Waste management bins come in a variety of forms and sizes, but mobility is one of the most important considerations. They are utilized for rubbish disposal or just as a storage facility. Garbage disposal is a crucial element of anyone’s life, and it should be treated with great care if one wishes to protect himself or herself from the dangers of disorganized and uncontrolled waste.

Different types of waste products should also be handled with attention since they may quickly become breeding grounds for a variety of pests and microorganisms, causing illness if someone comes into touch with them. When it comes to garbage disposal and management, wheelie bins are the favoured option since they are more portable and movable, allowing individuals to avoid direct contact with the bin while still managing the waste effectively. Wheelie trash bins may also be used for a variety of unusual purposes, such as compost bins, pet food storage, and cow feeders.

The size and capacity of the bin should be the first and primary considerations when choosing a trashcan for your location. You might want to consider the types of waste materials that are common in your area. In offices, the garbage is largely paper, whereas, in factories, the waste is in bulk, which takes up more room.

As a result, select the size that best meets your requirements. It should not be too large or little. When the larger one is filled, it becomes heavy, and the smaller ones are unable to properly contain the waste products.

Every person should be responsible for public health and resource conservation, with government involvement when needed. As a result, it is critical to managing garbage in the most effective and ecologically responsible manner feasible. Breakthroughs and changes in everyday living, as well as different patterns of resource usage, have resulted in the generation of greater trash. Modern solutions, such as purchasing bins online, are one of the most convenient methods for individuals to maintain a healthy ecosystem for themselves and others around them.

Also Read: Must Have Bins For Office Use Only 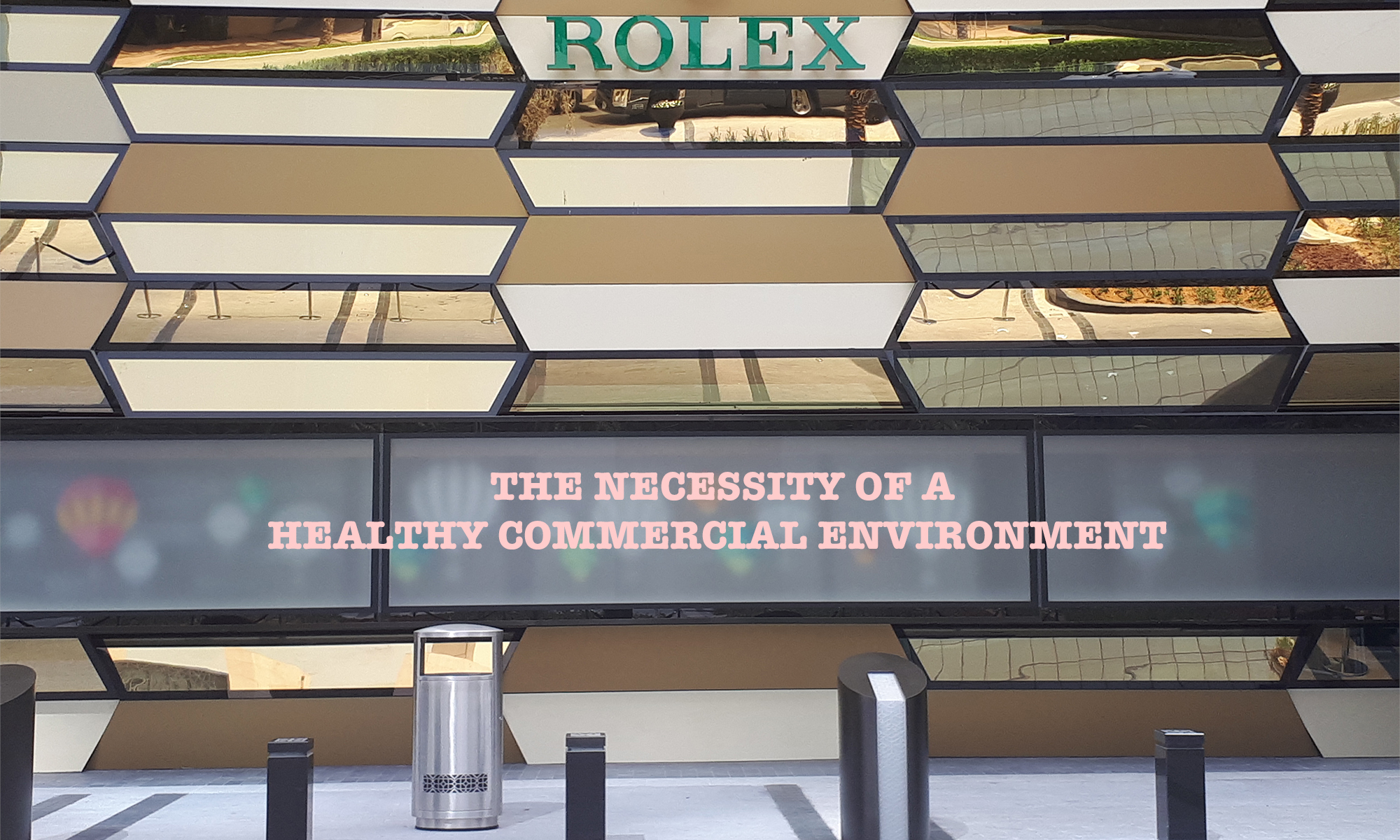 You might not think about trash bins much, because they are containers that keep garbage temporarily. However, they are important, which contribute to hygienic maintenance and cleaning the region.

The first picture that springs to mind when we talk about waste bins is the typical green circle containers on each street. There are nevertheless a large number of various sorts of scrap bins of varied sizes, forms, and even trash.

As a clean green city, our streets are bathed in cloaks, so that we may take litter away and prevent disposal on pavements and sidewalks without any worry. In houses, shopping centers, and businesses for the same purpose – to preserve smoothness in those locations – waste containers are also important.

Bins of the office are tiny containers on each workstation. They feature a basic form that is circular and open, so that tiny things may easily be thrown around the desk.

Working at a chaotic workstation has a big productivity impact. A garbage container from the office is built for the storm: the daily waste. The discarded paper, sticky notes, and old stationery incorporate some of the storms. This lightens the workspace for vital and crucial objects.

Centralized garbage cans are utilized in your complete office to construct and storage all rubbish. Not only are the cans dumped into them, but there is also a greater and bulkier waste. They generally have a bigger ability as they are positioned in frequented locations. They are also often composed of thick, robust plastic, which lasts in all types of weather.

Most of them come with enclosed cabinets for hygienic concerns and clean outside spaces. Attached either to a hood or flap, the lids have the aim of keeping litter inside the container and reducing spillage if it is complete.

A range of centralized garbage bins may be available for convenience in various major office places such as the office garage, the bathrooms, and the reception area. They include a step-by-step foot pedal for the cloths, making them suitable for hygienic use.

These containers are far larger than desk bins or other types of trash bins and can contain much more garbage. They should be lined always with a trash bag. If not, it would be a problem to tip these containers over to dump them.

Each trash bin plays a major part in keeping your commercial and residential space clean. Furthermore, these bins are the major reason that we have such a healthy surrounding.

Office trash cans maintain your desk with clutter and tiny garbage. Centralized garbage canisters are suitable as waste containers for public or open spaces. Transport trash cans allow the consolidation of the garbage in one location before being transported to commercial containers before being collected by the waste collector.

In addition to managing your garbage and waste, it is also vital to keep your waste containers clean and bacteria-free. 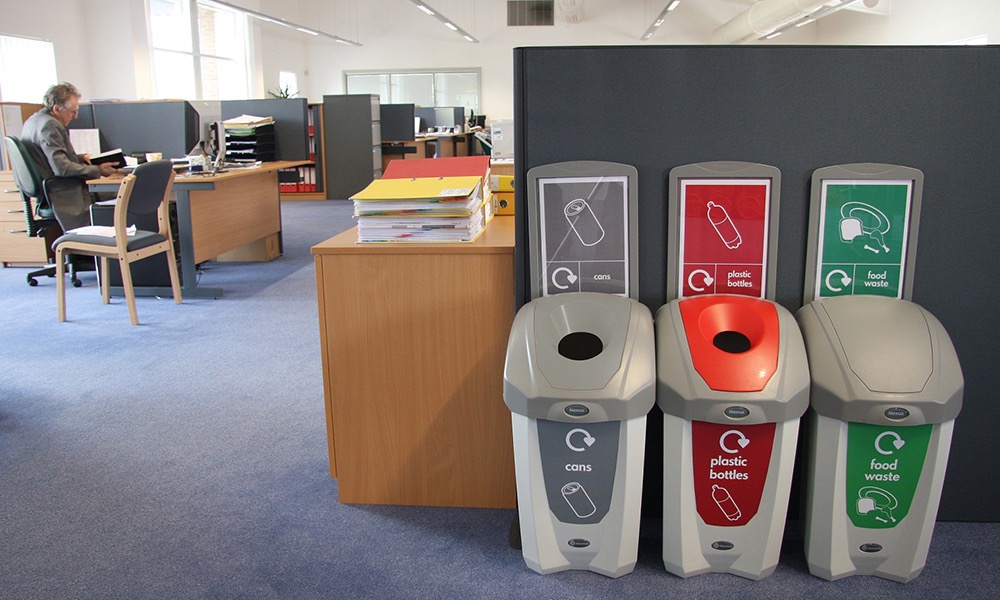 Home waste recycling is one of the most common things you hear. How about spreading your efforts to the office recycling containers? This small effort can make a huge difference. Recycling bins have many advantages for both the company and the world. Furthermore, recycling systems are simple to implement; with a little initiative, you will make a significant difference. There isn’t a single excuse that you shouldn’t compost.

Waste management recycling containers can help in the process of office recycling. Providing you with a subtle set of benefits and leading towards a healthier environment.

Recycling helps to eliminate ten different types of air pollution and eight different types of water contaminants. Recycling also reduces the amount of waste that ends up in landfills. This is especially critical for products like office electronics, which contain chemicals that could contaminate groundwater and damage the community’s health.

Energy conservation is advantageous on both an environmental and economic basis. Consider aluminum cans: according to the Office of Waste Management, a can made from recycled material uses less than 5% of the energy used to make it from fresh bauxite ore. To put this in context, these energy gains are roughly equivalent to three hours of screen viewing.

Customers like knowing that the businesses they shop from are ethical, and publicizing the recycling activities can also boost consumer satisfaction. Recycling will also strengthen the company’s reputation of workers, since seeing an initiative made in the workplace will raise productivity, reduce worker turnover, and motivate employees to do something at home.

Stuff that would once be classified as waste and dumped in the field will now be reclaimed by recycling. We will reduce the need for new goods by reusing materials. We will reduce the amount of waste released when we manufacture new products by using this method. Furthermore, garbage deposited in landfill sites has the potential to damage the atmosphere, making it particularly beneficial to stop stuffing waste into landfills unnecessarily.

When we talk about recycling, we should never ignore the need for waste management recycling containers. By using them, we are heading towards a green and clean environment.

Starting a recycling program in the office will provide you with a myriad of benefits, Contact Power Bear Designer Bins to know more about the best recycling containers for your commercial use. 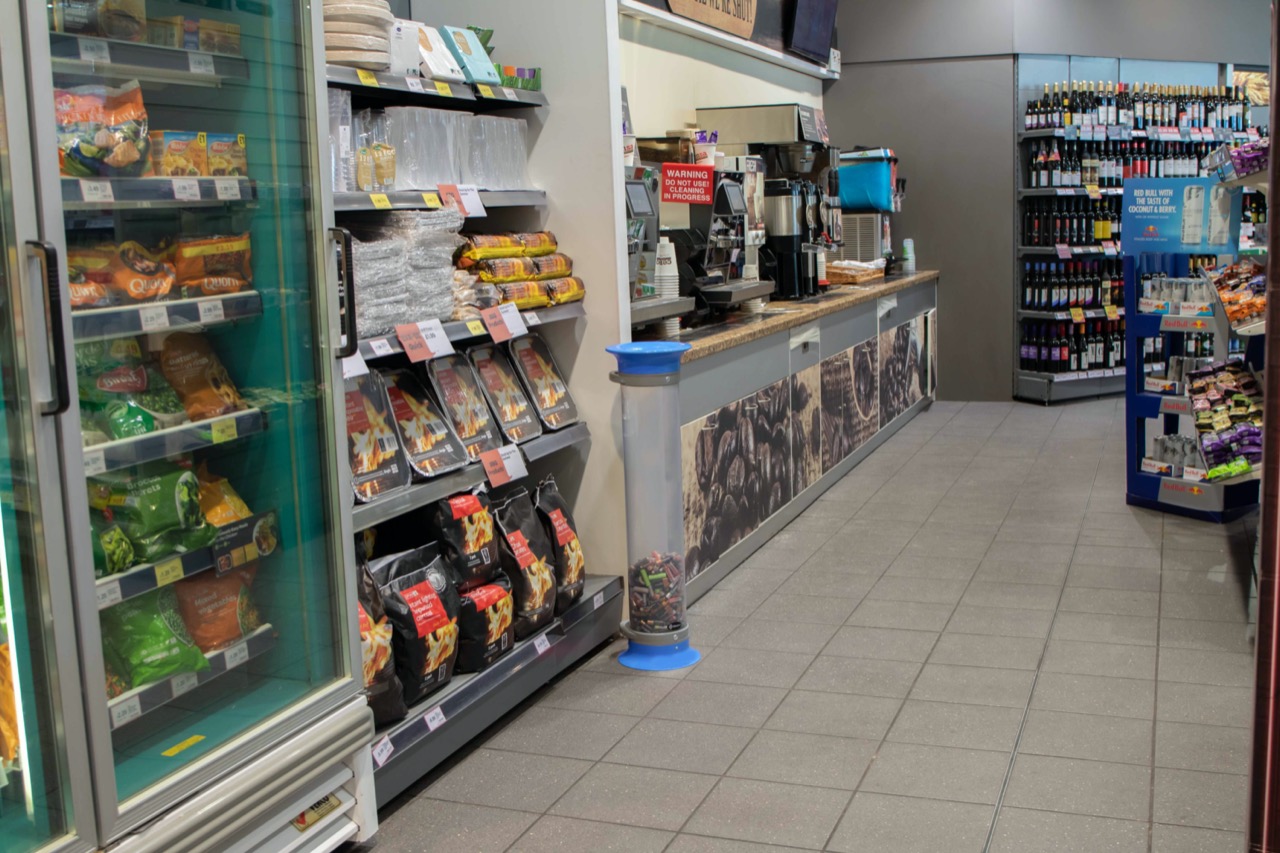 The demand for batteries has skyrocketed, and customers throw millions of batteries into the trash every year. While it may appear that throwing away batteries is harmless, it can have disastrous consequences for the environment. Each battery contains materials that are dangerous, toxic, and corrosive, thus, industrial recycling battery bins are the solution.

Let’s cover the reason to recycle the batteries:

It Teaches You to Value Environment

Batteries are made from materials like lead, mercury, lithium, cadmium, manganese, etc. These materials are all non-renewable, can be recycled indefinitely, and have a monetary value. Recycling your batteries demonstrates that you understand the value of the materials contained inside each battery.

Preserves Trash Away from Landfill

The extraction of raw materials from the environment is costly. It also consumes a significant amount of water and electricity. We extract less when we recycle, which saves all of our priceless (and finite!) natural resources, such as plants, water, fuel, and metals. The more we recycle, the more our resources are protected!

Recycling creates new goods that emit fewer emissions during the manufacturing process, as well as jobs to handle the recycling process and waste treatment.

Recycling is not only good for the environment. Thus, Power Bear helps you in finding the best litter bin in the UAE.