Solving the Menace of Littering for a Cleaner Environment 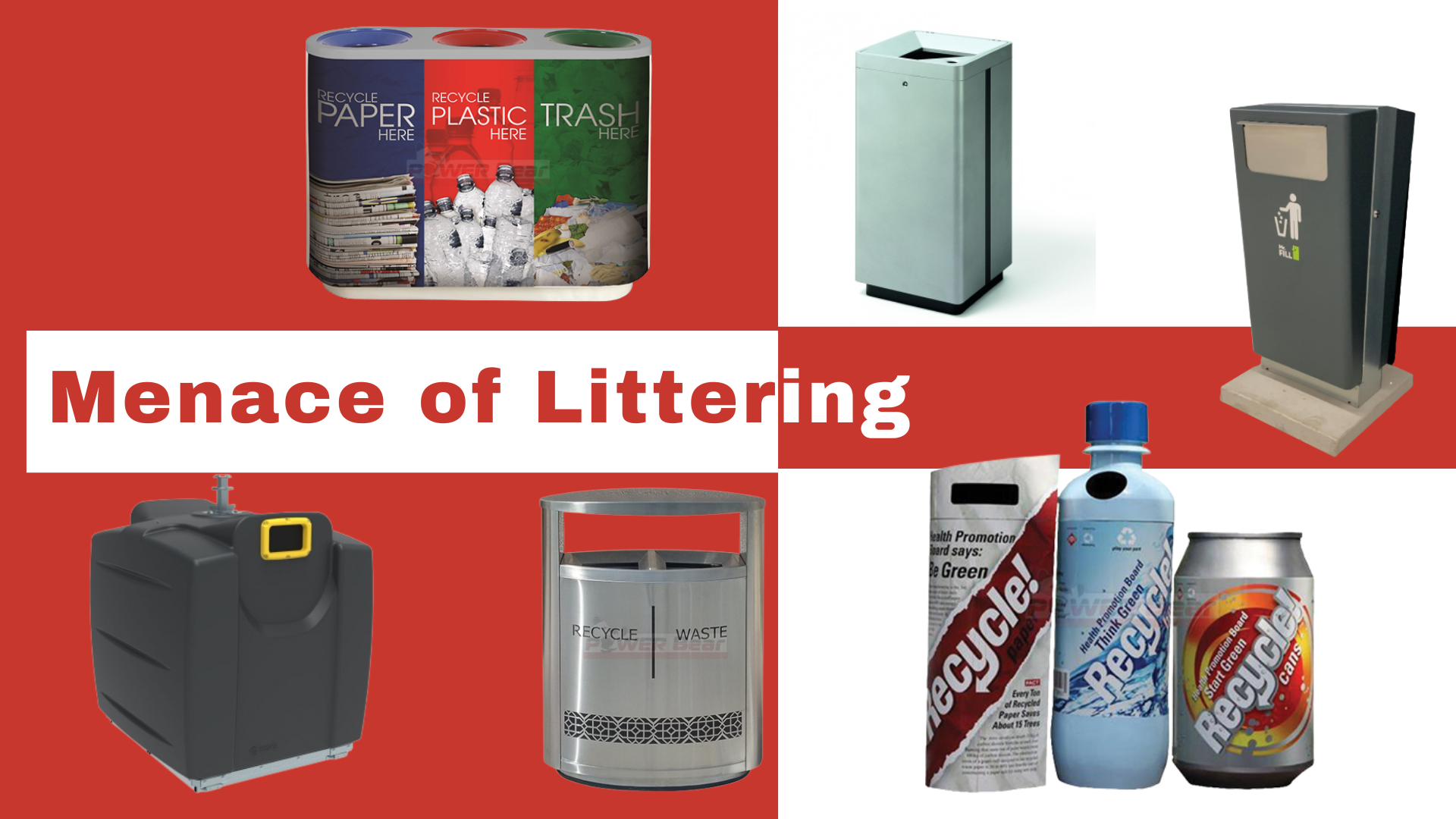 Every year, almost 1.9 billion tonnes of litter wind up in the ocean, which amply demonstrates that individuals frequently dump trash into the environment at random rather than in trash cans. Littering is a severe environmental issue that can have long-lasting negative effects on the ecosystem in addition to being unsightly.

It can take up to a million years for a Styrofoam container to break down and degrade. Cigarettes last more than ten years. Throwaway diapers more than 500 years, and even orange or banana peels last longer than a month.

Solving the Menace of Littering for a Cleaner Environment

Littering is a widespread problem that one can see in all metropolitan places. Food wrappers, water and soft drink bottles, plastic containers, handbills, cigarette ashtrays, tissues, papers, and other debris are commonly seen on streets, sidewalks, parking lots, roadways, and highways. The likelihood of littering is highest in areas where litter is already “present.”

Litter has the potential to affect both the environment and human health, safety, and welfare. Animals can be trapped or poisoned by litter, and aquatic life can be killed both directly by choking and indirectly by its effects on water quality. Littering can result in fire risk and invites vermin and bugs.

The impulse to “litter” is typically brought on by disdain for the law and those who uphold it, as well as by ignorance and a smug attitude that assumes someone else will pick up after us. It costs a lot of money to gather and clean up the trash that several people have carelessly thrown out on the streets and other public areas. It is a time-consuming and expensive effort to keep the land clean in remote locations.

Community clean-ups inspire residents to take pride in their area and keep it looking good. Litter should be picked up right once to prevent it from turning into an unmanageable landfill. You can defeat litter. People can change things. Our duty is to pick up the trash in an “earth-friendly way.”

Dubai’s Objective for a Clean and Litter-Free State

The Dubai Clean Energy Strategy initiative was introduced in November 2015 by Sheikh Mohammed bin Rashid Al Maktoum, Vice President, and Prime Minister of the United Arab Emirates and the ruler of Dubai. His vision behind this clean energy strategy was to change for better as climate change is one of the biggest concerns throughout the world.

“Our goal is to become the city with the smallest carbon footprint in the world by 2050.” – Sheikh Mohammed.

Every investment in the development of clean energy sources is an investment to protect the environment for future generations.

Therefore, the ecosystem and habitat of the planet may be negatively impacted by even a little shift in the global temperature. Wildfires, droughts, and storms are a few of the consequences of global warming. The change in the weather patterns of the planet can be well distinguished from just the reports.

“The strategy aims to provide 75% of the emirate’s energy through clean energy sources by 2050, reflecting our commitment to establish a sustainable model in energy conservation which can be exported to the entire world, and support economic growth without damaging the environment and natural resources.” – Sheikh Mohammed

In addition, Dubai’s population is projected to grow to 5 million by 2030. This would make it harder for the government to placate future energy and other utility demands. However, UAE officials are ahead of their time with their careful preparation, actions, and vision.

Finding ways to stop trash from being deposited first is vital. Although it is challenging to change the habits of the 1 in 5 persons who routinely litter, taking precautions can only be beneficial. Everyone has the right to live and work in an environment that is tidy and free of waste, according to “Keep Britain Tidy”.

Positioning the trash can is the key. Litter bins should be positioned in high-traffic areas where littering is an issue, such as along pedestrian walkways. Litter bins placed close to fast food establishments, bus stops, and train stations will also aid in capturing some users of “on-the-go food.” Numerous studies indicate that people frequently attribute their tendency to litter to a dearth of trash cans.

Where there will be the most need for the trash cans must be considered. By placing trash cans where they are needed, such as next to benches in parks, one can help stop litter from being dropped and urge people to dispose of it properly. Small alterations to the physical environment can have an impact on humans. It’s critical to evaluate and address the impact of littering behavior. This should be enhanced with the accessibility and availability of trash cans.

Litter bins must be accessible, visible, and readily available. The design and upkeep of trash cans have an impact on people’s tendency to litter. Even though a litter bin, it nevertheless needs to be visually appealing to entice people to approach and utilize it.

The design of a litter bin plays a key role in accessibility. Bins must be aesthetically pleasing, practical, and simple to use. For instance, people are less inclined to utilize a litter container if they must physically touch it.

Litter bins come in a variety of conventional and contemporary designs. Bins are made to complement their surroundings and have a nice look.

Litter bin upkeep is crucial to ensuring that they stay aesthetically pleasing. Litter bin designs are improving to make them more effective. The creation of a smart bin that alerts a central hub when it needs to be emptied and plots a path for collection might aid in the upkeep of litter bins and contribute to the goal of minimizing the quantity of litter on the streets.

For people and communities, littering has immediate negative effects on finances, the environment, and health. Keep in mind that trash cans should be easily accessible, readily available, and clearly visible.